It’s primal, infectious and alive enough to rip your face off. That’s right Svart Crown is back with another release, captivating in its glory without compromising that ultimate heaviness we have all come to love. Sure, this has been done and done again but there is something in how “Profane” manages to combine, swell and transform into this working force of a record. Thankfully, nothing is lost in terms of this violent, ferocious opus and this French extreme metal act restores a faith in the angriest of metal genres. Svart Crown combines each track like an integral system. Think a heart pumping blood to each part of the body, “Profane” brings every little section, every track together preventing the album from become a tedious and some-what tiring exercise in metal. With all these positives, sometimes it is hard to find a logical fault. The only downside to be had with this album is its slightly same-y sounding features. That’s more or less to be expected, despite the album’s technical air, “Profane” isn’t trying to be anything that could be considered innovative and in no way does the album think out of the box, instead Svart Crown’s 2013 offering stays steadily between the proverbial lines and comes out with an album that’s ultimately at the top of the band’s catalogue in terms of quality.

At this point it’s important to note that this is not your everyday metal record. There’s not a mindless wall of noise crashing into the listeners’ ears instead the music is intricate, brooding, tumultuous making use of the band members’ rather verbose musical ability. I’m not saying that this is a journey into the quiet reaches of noise, it’s still loud and in your face, but the music shows a thought in the creative process that allows this record to shine it its murky and dark manner. With all this talk of “crushing”, “in your face”, and “heaviness” it’s worth a moment to figure out where everything is coming from. Sure, the usual members do what they do best but the band seems revitalised as a whole by their new stick master. Muller brings a whole new dimension to the music but remains true to the stereotypical blast beats and double bass sections. While he manages to give the usual extreme metal performance, Muller shines on his own accord, lifting the game and intensity of the album.

Take “Intern. Virus. Human” for example; not only does the track bounce between rhythmic slamming but it also manages to bring in a creative melodic element that would usually go unnoticed. The track is rather catchy for a death slam fest but the fact of the matter is that Svart Crown have built on the fundamentals and even allowed the brooding atmosphere of the album take over.

Overall, it would be easy to write this record as “just another Svart Crown album” but that would be lazy and only a half truth. Svart Crown has found a sound that culminates the intensity of the band’s early years, adding a maturity level of an experienced, veteran outfit. If the outlook was as grim as this French metal forces music, Svart Crown are sure to excel, you might not hear anything ground breaking or new on “Profane” but it’s well worth a visit every day of 2013. 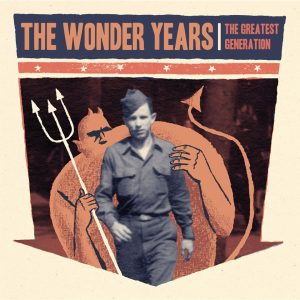